GEUS is a Public Power utility. That means your utility is community-owned and not for profit.

Greenville became the first municipally-owned, public power electric utility in Texas in 1891 when privately-owned companies were only interested in servicing large cities such as Dallas and Ft. Worth. Greenville citizens took destiny into their own hands and began producing their own power. Today, more than 125 years later, GEUS continues to provide this vital service to our community.

Public Power has a long history nationwide of supplying electricity to communities when investor-owned utilities wouldn’t or couldn’t provide this crucial service. The nation’s 2000+ community-owned utilities currently supply power to 49 million people in 49 states and 5 U.S territories. The communities range in size from being very small to the largest public power system which is owned by the citizens of Los Angeles, California. San Antonio is the 2nd largest city in the U.S. receiving public power.

GEUS is proud to be your local public power utility. 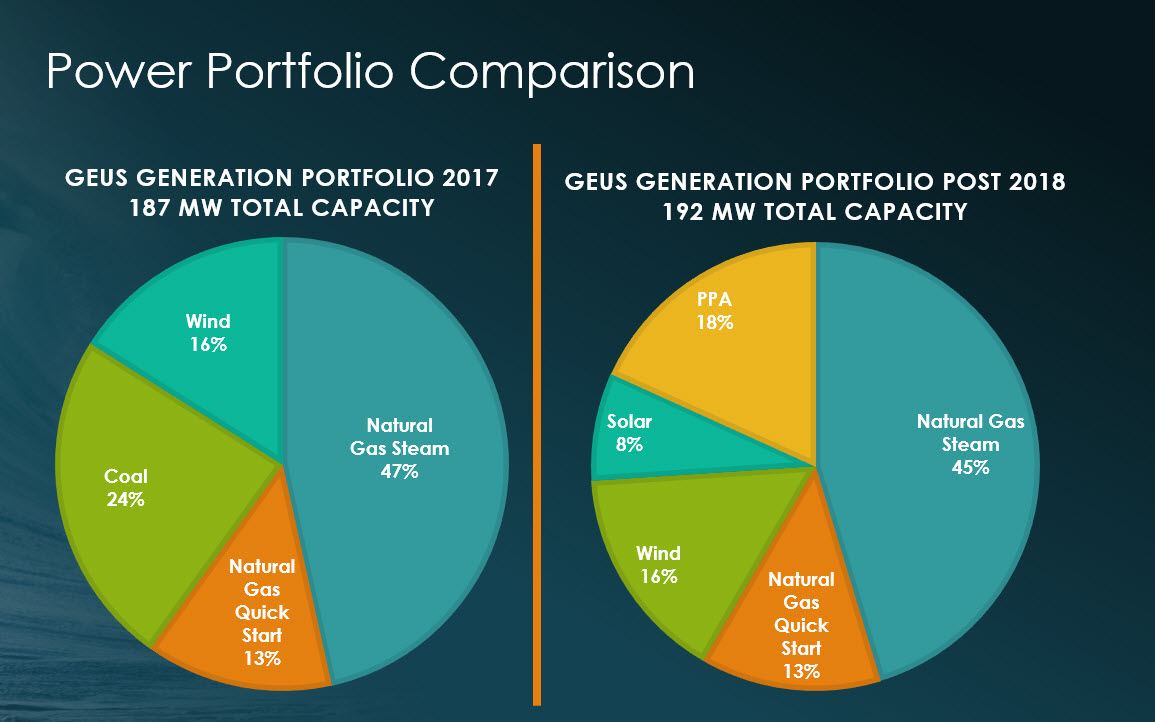 Visit these links for additional information about Public Power

We are Community Powered